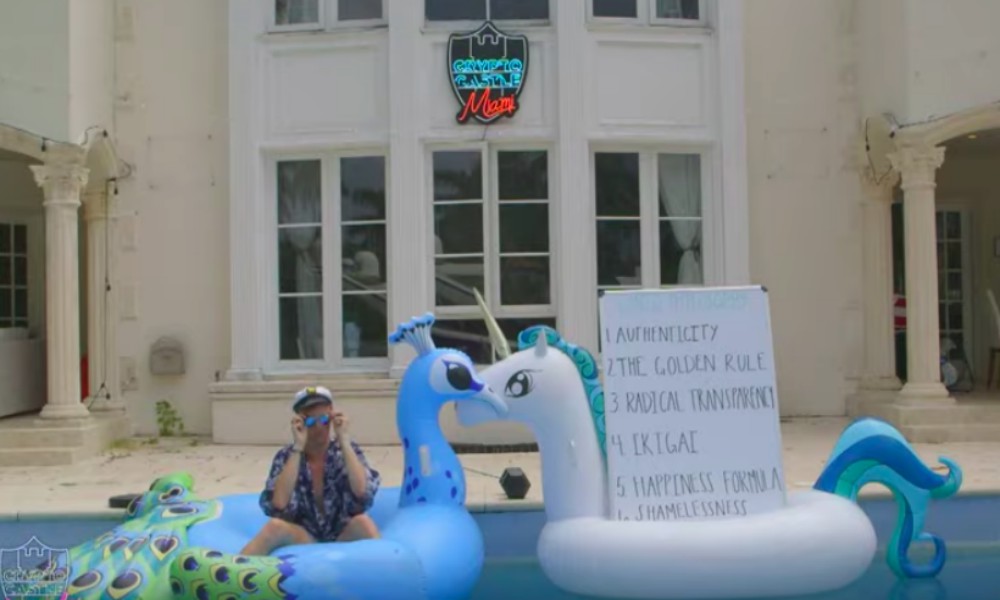 Seems that one 27-year old crypto millionaire could be the next reality star. He is Jeremy Gardner, co-founder of Augur and the Blockchain Education Network who announced the project named “Crypto Castle Chronicles“.

It is Gardner’s self-funded Youtube series that will offer real insight into entrepreneurship, startups, and fundraising. In a description states that it is the most authentic “reality TV”. It follows the adventures of Jeremy “Gonzo” Gardner from his “Crypto Castles” in Miami Beach, San Francisco, and beyond. We will see Gonzo as he invests in and advises startups, and begins to build his newest venture, MadeMan. Also, we will have unparalleled insight into world investing, entrepreneurship, and blockchain technology.

Gardner is perhaps best known as the main tenant of “Crypto Castles” an apartment in San Francisco and a mansion in Miami. These are the places where the blockchain industry heavyweights often sublet and party. Now, he explained to Coindesk that he wants to make educational reality TV. Gardner said his goal for the show is to educate the masses about cryptocurrency by following his personal journey.

The show doesn’t include any explainers, technical deep dives, or examples of him actually using bitcoin. But, he plans to added film bonus explainers and eventually transacts with bitcoin on the show.

It’s interesting how he explains why he decided to make this reality show.

“If you look at the two most powerful people in America, it’s probably Donald Trump and the Kardashians. How did they build their power base? Reality TV. It’s a real mechanism for providing thoughtful entertainment for the masses in a way they feel most comfortable digesting.”

Watch the trailer of this reality show with a young crypto millionaire in the main role below.

Jeremy Gardner is co-founder of Augur. It is a protocol for cryptocurrency users to create their own prediction markets. Augur is a set of open-source smart contracts that can be deployed to the Ethereum blockchain.