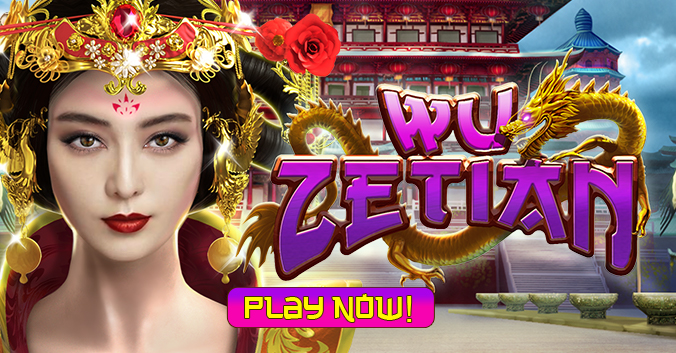 Online Slot With Asian Theme And The Empress

Ever since its launch, the online slot with an Asian theme, Wu Ze Tian, proved to be one of your favorites. It is not the pure chance that RTG chose to make Wu Ze Tian the main character of one of their slots. This empress was a strong character and an extraordinary woman. As for the slot itself, whether it’s the Asian atmosphere or the stunning beauty of the Empress herself, it mesmerizes.

The Story Behind the Pretty Face

Most historians talk about this extraordinary woman as a ruthless autocrat, thirsty for power. The fact is that she climbed the social ladder very quickly thanks to her ability to seduce. The first one in line was the Emperor Father, Tai Zong. Later on, his own son, Kao Zong. He eventually succeeded the throne. Reportedly, she entered the court at the age of thirteen, as she was chosen to be one of the Emperor’s concubines.

Those of you who love history may know that Confucianism was the prevailing philosophy at the time. Interestingly, it still has its reflections even in modern China. Among many other aspects, knowing your place in a society was one of the crucial standpoints. Our heroine was raised in such a manner, and her roots were quite traditional. Nevertheless, she did use unconventional means of getting to power.

The Reign of Wu Ze Tian

Once she raised to power, she reigned “motherly”.  Oddly, many sources write that she used this particular word to describe her reign. In Chinese philosophy, one of the main concepts is the concept of “good” or “goodness”, which is presented by a pictogram containing the sign for a child and a mother. Needless to say, this period in Chinese history was labeled as the peaceful and cultural one.

Eventually, she used to stress the importance of Buddhism, which resulted in it being the prevailing philosophy of the Tang dynasty. Hence, the art and culture flourishment of the time.

The Impact Wu Ze Tian Had on Women

Wu Ze Tian particularly imposed the need to loosen the submissive rules applied to women all over China. They began to participate in both political and cultural life. She brought the idea of a woman as a role model, by ordering scholars to write biographies of famous women. During her reign, the court was moved from its traditional male headquarters.

Dark side of her reign relates to the cruelty of her secret police forces, and arrests of her political rivals. Many people claim that she intentionally threw her eldest son out of the political life, so she could manipulate the younger, weaker one, and basically reign in his name. On the other hand, she minimized the influence of military and managed to choose experienced and scholarly people to form the circle closest to her. Getting into this circle was not easy at all. Everyone should undergo through various levels of evaluation, such as background check and passing very difficult state exams – just to name a few.

The old Chinese proverb says: “The bird is not singing because it has an answer, but because it knows a song”. It was left to future generations to determine whether Wu Ze Tian left better China to the people who came after her. She sang her song, and went peacefully in 705, leaving the throne to her third son. Nowadays, there are many speculations and stories surrounding the circumstances she lived, in. One thing is for sure: history will always remember her name.

Have you already tried out this online slot with Asian theme or any similar that we have in offer?