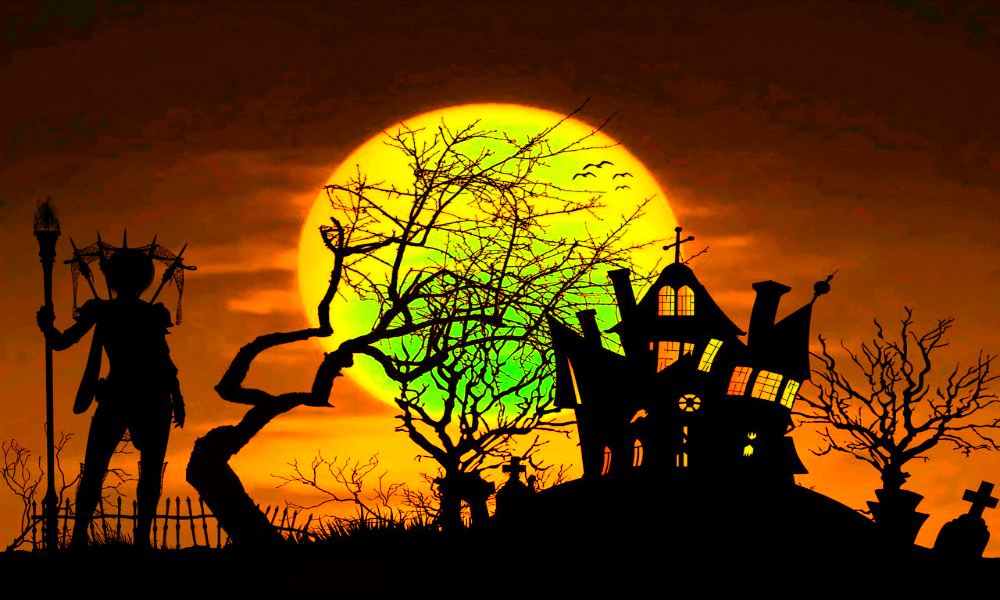 Halloween Hunt for a Criminal Gets You Free Spins

Our investigator is on the Halloween hunt for a wise and creative killer. This criminal has left a trace. He or she basically signed the last murder. Therefore, in order to get 20 free spins for “I, Zombie” slot, you should guess the name (you have time till Sunday, Nov. 3rd, 2019.) and write it in a comment below this post with your username. Please note we will be processing free spins starting from Monday, Nov. 4th, 2019. Kindly read the story and hints given below. As for the terms of this promotion, they are as usual:

He felt adrenaline rush and fear for the first time in his adult life.  However, he knew there was no way back. He tried to push the door open, but it needed him more force than he originally thought. The door was squeaking as if it hadn’t been opened for a very long time.

He knew the house was desolated and that no one lived there for ages. Nevertheless, the call he received was very detailed. Someone asked for help and gave this exact address. The fact that it was the middle of the night and no one miles away did not help either. The investigator was chasing the devil. That was the impression he got after a month of ritual killings in his neighborhood.

This time, the killer obviously decided to drive him out to the open and uninhabited territory just off city limits. The creepy, smiling pumpkin faces were all around. Someone has obviously put a lot of effort to make the entire old house ready for Halloween. Wrapped in darkness, the house almost screamed for help. Cautiously, he walked through the hall and to the library. He noticed traces of blood on the floor and followed them hoping there wasn’t another body lying on the floor. Unfortunately, the number of victims had risen by one.

Strangely, the body was pale as if entire blood was sucked from it. “Am I chasing a vampire?”, he thought. The Investigator knelt next to the body and noticed bite marks. He was furious. Nevertheless, one thing intrigued him. Suddenly, just a few steps from the body, he found the paper stating ingredients that need to be mixed in order to make a potion to fly away. “Ok, so someone is messing with me. There is no way a human being can fly”. He took a closer look and it struck him.

There was an alias hiding in the names of ingredients. The killer left the trace on purpose. Whoever he or she was, that being adopted this old Celtic name of the Halloween festival.  It also represents the end of a harvest season. The ingredients were:

The head of a spider.

The middle of a rat.

The frequency found in mimosa.

The very tip of the hay layer.

The beginning of the first part of the anise tree.

The tail of a corgi.

The feather from the very end of the tail of falcon.

Can you guess the name?

Here are some tips to get you going: the killer took the alias which corresponds to the name of the ancient Celtic festival from which the Halloween originated.  Each ingredient mentioned above contains a letter of the name we are looking for. Pay close attention to the position of the letter in ingredients, as described in the riddle.