We are getting close to December, the most joyous month of the year. One more successful month is behind us. We are extremely happy to say that we had fun playing with you. Apart from the promotions and new game, the best part of November was being able to give away such great rewards. Join us for Casino Brango’s November review and get the feel of what to expect in the upcoming days.

November has kicked off the holiday spirit with “Epic Holiday Party”, the latest release from RTG. The newest slot has 5 reels, 243 paylines and 4 jackpots with the biggest one set at $5,000! And that’s not all!

“Epic Holiday Party” is the game with upgradable payouts. You simply choose the level to play depending on how much you are willing to deposit and enjoy the multiplying Wilds and instant payouts.

This previous month was obviously a warmup for the Christmas fun that awaits at bet safe and crypto accepted Casino Brango. The game that you liked to spin the reels on the most was, believe it or not, “Plentiful Treasure”. All RTG slots are awesome. But apparently, some are more awesome than others. Honestly, one day we would really like to hear the reasons behind such amazing popularity of this slot.

“Wild Hog Luau” continues to be very popular slot. In case you missed it, make sure to check out its graphics, theme, and abundance of special features – free spins, multipliers – just to name a few.

Interestingly, Keno found its place on the list of the most played games in November. It positioned on the 3rd place.

“Ghost Ship” and “Cash Bandits 3” were among the Casino Brango’s November most played Games.

The Games That Paid the Most in November

Keno took the first place on our list of the games that paid out the most in November. This is a quick reminder to try your luck with variety of games in Casino Brango. Every now and then a game other than slot may fill your pockets instantly.

Speaking of slots, “Loch Ness Loot” definitely ruled November with tremendous winning potential and payouts. We will get to that a bit later.

“The Mariachi 5”, “Vegas Lux”, “Achilles” ranked among the games on which many of you earned a lot of money this past month. Our players apparently adore Mexican themed slots as well as the magnificent 720 paylines in the “Vegas Lux”. And the players who prefer historical themed slots featuring ancient heroes apparently made “Achilles” very popular again. 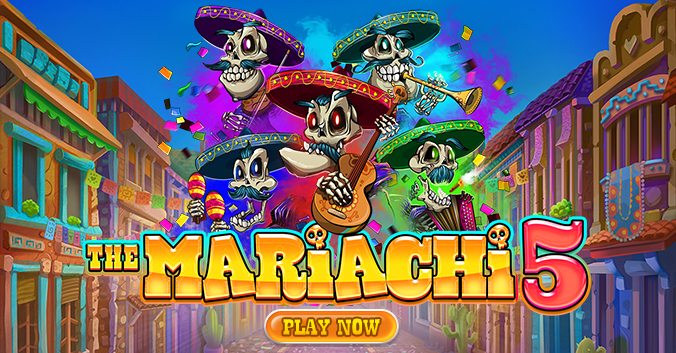 The biggest win on a slot in November was achieved by Zachary, who won $22,950! His game of choice was again “Loch Ness Loot” and its Free Spins Feature.  If you are interested in building your VIP status at Casino Brango to enjoy the many benefits it provides, maybe you should consider starting with this slot. It has many favorable features, as well as the win-win feature in case you have no luck in spinning on this slot.

Many of our players nurture competitive spirit and we think this is the only way to achieve something in life. We had 1500 players who joined the Brango Weekls Tournament in the week which started on November 2nd.

Majority of them preferred the slot “Loose Caboose”. But Casino Brango’s November review doesn’t end there.

The monthly crime story on our blog gave you the chance to train your mind, practice deductive thinking and win 50 free spins for detecting a lie.  Needles to say many of you guessed it correctly, and we had no doubt that this would be the case. Since you are a smart bunch of people, who like playing mind games, we will continue to play with you.

Casino Brango’s November review would not be complete without the ever-so-popular bonus promotion. In November, we had a Thanksgiving promo called “Thanksgiving Turkey Pick” offering up to 155% bonus, abundance of free spins, and 50% cashback. This past November, we also included a “no wagering requirement” offer in the promotion.

November also featured Black Friday. Your favorite bet safe Casino Brango went a step further and provided the Black Friday Promotion along with the Cyber Monday promo as well. If you paid attention, you noticed that the offer included up to 300% plus 300 free spins on Black Friday, and up to 100% with no playthrough requirement on Cyber Monday.