Spirit of the Inca Produced Big Win at Casino Brango

In order to play for the progressive rewards, a player should be bold. This time, one lady mustered up her courage and awesomeness and played Spirit of the Inca slot. Luck favors the brave, they say. Apparently, it proved to be true, as Viviana won $5,460! Congratulations to Viviana on her gameplay! If you are into progressive jackpots, keep on reading. Buckle up as we are revisiting the ancient civilization, through the review of Spirit of the Inca slot. Who knows? You may be the next to trigger the unpredictable, progressive jackpot at crypto Casino Brango.

Jackpots are what this game revolves around. It features five progressive jackpots. You will see that it contains mini, minor, major, maxi and grand jackpots. To qualify for the 5 jackpots, you would need to place the maximum bet. Wagering less excludes some of the jackpots automatically. Basically, it depends on the amount. Brave enough to try?

Moreover, you do not need to land any particular symbol in order to trigger the jackpot. Simply, follow the rules and place your bet.

As these jackpots are progressive it means that they build in time with every bet the players make. The money goes into a shared pot from which the jackpots payout. Therefore, your bet will contribute to a certain jackpot. To which exactly, depends on the amount you place. More details on progressive jackpots as well as progressive games you can find in one of the previous texts on our blog Progressive Slots for the Fearless.

Spirit of the Inca in Short

Spirit of the Inca is a 5-reel and 25-paylines highly volatile slot. According to many who have played it, the RTP has been estimated somewhere between 91% and 97%. The gap in this estimate is huge, but so are the potential rewards.

This slot puts its five jackpots in focus, as explained above. These progressive jackpots vary. However, they start at 50,000 coins and move up to approximately 250,000 coins and beyond. To check the current value of these jackpots, you can refer to the top of the board.

The visuals are “old school” . Although we can agree that the graphics could be more intriguing, Spirit of the Inca treats its players with many other favorable options. For example, apart from the 5 jackpots, the pace of the game is quite dynamic. With that type of play, it happens that you do not win big amounts at first. However, Spirit of the Inca does not lack in winning combinations. Therefore, the chances of walking out with a win are quite reasonable.

The Wild and the Scatter

The Wild symbol in this game is the Incan Warrior. It substitutes for all other symbols in forming the winning combinations. The Incan Warrior is the Expanding Wild, and it expands all over the reel once triggered. Landing between 2 and 5 Wilds, gets you between 10 and 2000 coins. On the other hand, landing Wilds on reels 1 and 5 activates the Bonus Game.

The Scatter is the Priestess. Should you manage to land five Scatters on a payline, you will be able to scoop 5x your total bet. The more the Scatters, the bigger the prize.

Spirit of the Inca Bonus Feature

Getting back to the Wild Incan Warrior, landing this symbol on both first and fifth reel at the same time triggers the Bonus Feature.

At this point, you will be given a choice to select five boxes out of fifteen and collect the rewards. Each pick you make relates to the certain aspect of the game. Namely, the first three picks decide on how many free games you will win. The next, fourth pick relates to the multiplier that goes up to 10 times. Lastly, the fifth pick is a surprise pick as it rewards you with extra treats, such as extra Wilds, for example.

While developing the Spirit of the Inca slot, the RTG had a broader picture in mind. Obviously, they relied on the ancient history and myths and tried to depict the secrets of the long-forgotten world. If you are a history fan, you can read more about the Incan World in The Spirit of the Inca text on our blog.

Our winner from the beginning of this text, Viviana, obviously managed to unravel the secrets of the ancient Incan world and to snatch the amazing $5,460, showing us all that anyone can do it with a bit of effort and luck. Align yourself with Viviana and enter the crowd of bet safe Casino Brango’s winners! 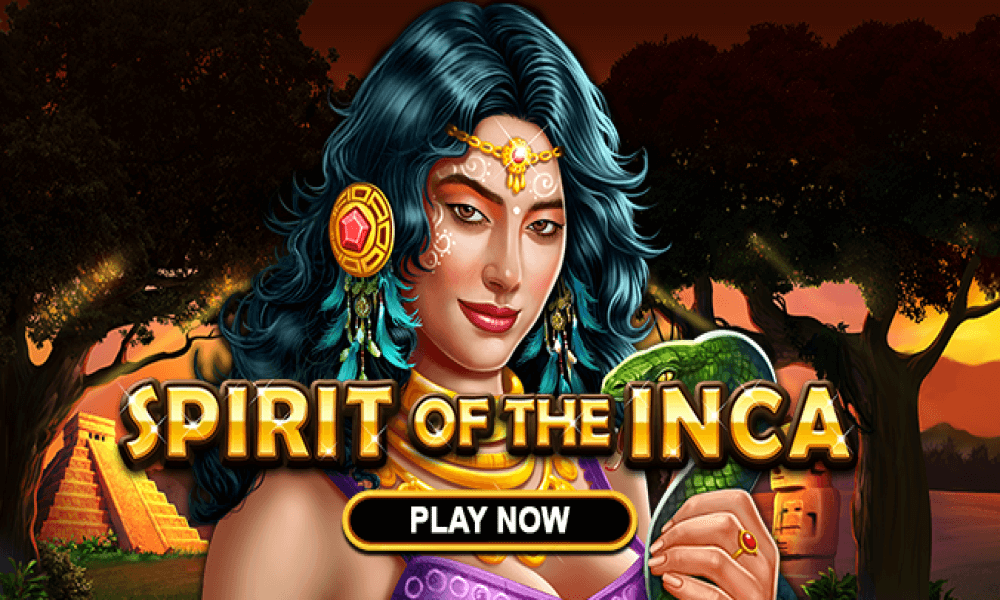