How To Count Cards in Blackjack and Win Big

By Max BlackDecember 16, 2021No Comments

At Gambling, the deadly sin is to mistake bad play for bad luck. Luckily we are here to absolve you of your sin. Now, you may think that you are all that and you don’t need any help but answer me this. What do you do with a soft 18? Hint: just don’t surrender! If you don’t even know what a soft 18 is, you are at the right place. Now, let’s see how to count cards in blackjack like a pro and get mad dough by the end.

How to count cards in blackjack

So you know the deal is to get to 21 and not go over 21 (that’s why it’s sometimes called “21”). If the dealer gets closer to 21 than you, you lose. If both of you get over 21 you lose again (for more information go here). So, how do we prevent this horrible outcome? Well by counting cards of course, so how do we do it?

Well, first you need to master the basic strategy, which means you know when to hit, split, stand, double down and when to surrender. This isn’t too hard but, that’s level 0! With that covered, you move to level 1 called Hi-Lo, a strategy that can be used on a single deck!

Because the high cards are good for the players it allows us to get more blackjacks and generally to get closer to 21 before the dealer. So, a count of plus +2 means that there are extra high cards remaining in the deck. But, casinos have gotten wise to card counting and made it harder for the player by introducing multiple decks. Let’s see how to deal with them.

How to count cards in blackjack with multiple decks

To beat a multi-deck setup you will need to convert your running count into something that is called a true count. Let’s say the current running count on the first deck is +10 and this is a 6 deck game. When a second deck is added to play you just divide the running count by the number of remaining decks.

So, in this case, this would be 10 divided by 5 (decks, counting the new deck in play). And that’s pretty much it, go get them a tiger! Wait, but we’re only halfway into the text! Are you telling me there’s more!? Yap. Multilevel count? Multilevel count!

So there are many more variants of the Multilevel count: Zen Count, Wong Halves, or Hi-Opt II (electric boogaloo). These are all level 2 counts so you need to master all of the above-mentioned steps to be able to use them properly. 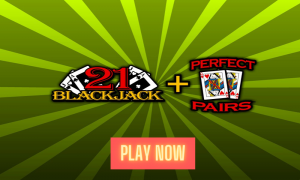 How to count cards like in “21” – American drama film

So this movie is based on a true story about a group of MIT students who went to Vegas and took down the house. Now, this being a work of fiction, things are omitted for simplicity sake but it capers the card count mentality at its core. Yea, you need some smarts and persistence, but the most important thing is that you need to be cool as ice. So, let’s look at some tricks they pulled in the movie.

Now they get dressed up in fancy clothes to look the part of a rich person gambling regularly at the casino. They even put on wigs, glasses and even fake moustaches. But, sometimes you need to dress down to look a bit working class and go to a lower steak table. This is all to prevent calling attention to you.

In the movie, they have a bunch of “magic” words that the players used when they’re switching on the tables. They used them to keep the count alive. For example, the word “sweet” is integrated smoothly into the conversation to signal that the count is +16. Now, this is a cool technique if you’re a team but, if you are running solo there’s no chitchat.

A better technique for us lone wolves is to keep count with our fingers or better yet play at an online casino. That way you can stop worrying about casino security escorting you out for doing something perfectly legal.

Tipping the Dealer in 21

Now, this is a minor gripe but hear me out. We are here to win we can’t be splurging our money all willy nilly. You got a job to do and that’s to win big. They tipped everybody, not just the dealer and if you count it, it’s like a fifth of their winnings. The splurging comes after the big winners not during.

Now, you can finally answer the question “How to count cards in blackjack?”, so let’s recap: learn the rules of blackjack, learn basic strategy, then start counting cards. And when you’re done with that you pick a casino of your liking and bam that’s it. But, as we saw above it’s a lot of hassle to play at an on-land casino (disguises, magic words, dealer tipping). So, pick an online one with instant withdrawals to get an extra edge. Well, I give you Casino Brango, for all the gamers looking to gain an advantage. So, remember, eat your greens, always split 8’s and keep the count running. 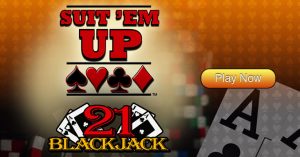