Differences Between Gaming and Gambling

Man, these slots are a lot of fun? And video games are also a lot of fun, huh. Sure, wish that somebody would tell me the difference between them. Well, worry no more, because we are looking at similarities but more importantly the differences between gaming and gambling. Let’s dig in!

Gaming vs Gambling – Is This the Same Thing?

So let’s put things in perspective. Both industries, gambling and gaming should be referred to as gaming. They both include the activities of playing games, we can all agree to that. But what are the key differences? Well, the most obvious difference is the skill-based aspect. Playing traditional games usually require more skills while in slot games you rely more on your lucky stars. But it’s not all so cut and dry as it may appear at first glance. Two things complicate this picture. Loot boxes and skill-based slots. Let’s take a crack at loot boxes first. This gaming and gambling feud is heating up!

First things first, what are loot boxes? Well, in a lot of online games you can get cosmetic items to change the appearance of player characters. And in most big game releases the only way of getting some of these things is by buying them. Well, not them, but a randomly generated package that may or may not contain the item called a loot box. So, people buy and buy these digital boxes in hopes of getting a rear hat or sunglasses they can put on their characters.

Now, loot boxes have been a very hot topic in the gaming industry for over half a decade. Are they gambling? If they are, do they negatively affect the children playing these games? Most people would say yes to both, including the Belgium government. They order a removal of loot boxes from all the games they can purchase in. And if the companies don’t comply with that…Fines!

But loot boxes aren’t the only way traditional gaming companies have tried to get into gambling, without following regulations. The multiplayer game GTA online has a casino in it. Plain and simple, no pretending or trying to cover it up. But you pay with a premium in-game currency, not real money, so no regulations, I guess. They allege this is different from directly spending real-world currencies like USD or Bitcoins, or Dash for example (check the info here) and doesn’t have to be regulated as such. Not a good look, let’s see the gambling side. 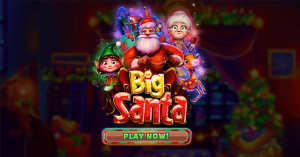 What Are Skill-Based Slots?

Skills-based slots only became a thing in the last decade or so. The reason for this is a shift in demographics. The generation that grew up surrounded by games has gained purchasing power and more adult tastes. So, they want the rushes and big wins you get with slots, mixed in with a bit of challenge.

Enter skill-based slots, with a cool combo of luck and skills that anyone can enjoy. Now, skill-based slots separate into two categories. The first, the rarer kind, are the slots where the skill-based component dominates the whole game. These are like traditional games but with some specific actions, like killing an enemy triggering a slot reel. Other types of slots include the skill-based aspect only in their bonus rounds while the rest of the game’s more luck-based. Now, let’s see what the final scoreboard between gaming and gambling is, shall we?

Conclusion – What is better? Gaming or Gambling?

The gambling industry is heavily regulated and for good reasons (kids!). And the fact that the gaming industry is trying to dodge these regulations isn’t helping them in the long run. But there is another reason why slots are just straight up superior: You can bet with real money. And win big by doing so! Adding to that, when you win big there are casinos that have instant withdrawals like our very own Casino Brango!