History has always been tightly intertwined with different forms of expression. From books and movies to video games, many great works of art have found their inspiration in history. Slots are no exception to this rule, as so many history-inspired games continue to spark players’ interest. In this article, we will present you with historical characters that are behind some of casino Brango’s most popular slots.

We’ll start the list by taking you to the world of ancient Greece. Achilles was a hero of the Trojan War and one of its most famous warriors. He’s a central character in Homer’s Iliad and, according to legend, an invincible warrior who only had one soft spot. His heel! Achilles’ heel is a term that’s to this day used to describe weakness in an otherwise strong constitution. There have also been several movies about Achilles, so it’s not surprising that he is the main character of not one, but two of RTG’s popular slots. The first one is a classic depiction of the Trojan War, while the upgraded version features actors from the popular 2004 movie Troy. So, if you liked that movie, Achilles Deluxe is a perfect slot for you as you can see all the famous actors from it spinning on the reels. 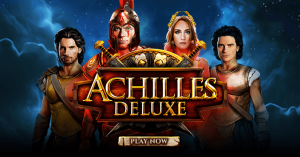 Hail Caesar! Does this cry make you chill to the bones the way it did to the Roman legions pledged to Caesar? If it does, Caesar’s Empire is a slot that will recreate that experience by taking you on a path of transforming the Roman Republic into an Empire. Throughout the game, you will encounter the symbols of the Roman Empire like the Colosseum and meet all the main historical characters of the epoch such as Cleopatra. 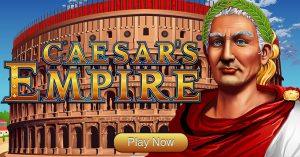 Speaking of Cleopatra, she is next on the list of most famous historical characters to appear on the reels. In fact, her popularity is ever so strong that there have been countless slots made on the subject. The fascination is totally understandable when you look at all the things she managed to achieve during her short life. She was the last ruler of a dynasty that reigned over ancient Egypt, the lover of previously mentioned Caesar and Mark Antony, and a woman who chose to end her life rather than submit to another. You can relieve her exploits in one of our most played slots called Cleopatra’s Gold.

Does this warm weather and sunshine make you feel elated, filled with energy, and ready for new conquests? If it does, know that ancient Greeks and Romans shared your opinion too. Known to Romans as the Unconquered Sun, Helios was a sun god who drove a chariot every day to bring light to the people. He is the inspiration behind our Legend of Helios slot, set against the backdrop of the legendary Mount Olympus. Joined by other mythological beings such as Hera, Medusa, and others they are out to deliver blessings to their loyal followers. Check it out, as divine providence may find its way to you too! 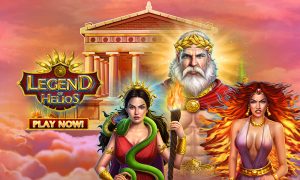 The wheel of history is constantly spinning, and if you enjoy spinning the reels accompanied by some of the most famous historical characters, bet-safe casino Brango is here to ensure you get the utmost experience! Relive their stories by playing any game of your choosing from our list of best online slots for history lovers.