5 Biggest Gambling Losses of All Time

We’ve recently written about some of the biggest life-changing Las Vegas wins, and as much as these stories are exciting, there is always the other side of the medal. As Motörhead would put it, if you like to gamble, you win some, lose some, it’s all part of the game. But it’s one thing to lose a couple of bucks on Friday night’s eve poker with some friends, and a whole different one spending someone’s lifetime’s worth of savings on a single roll of a ball. Well, it’s people who can afford themselves the privilege of doing the second part that we’ll deal with in this article. Here come the 5 biggest gambling losses of all time.

We’ll start this list of biggest gambling losses by paying respects to one of the top women in casino world. The story of Maureen O’Connor is a fascinating one. She worked her way from a poor, working-class family who once couldn’t afford a turkey for Thanksgiving to the Mayor of San Diego. She married the Jack-in-the-Box fast-food tycoon Robert Peterson, after whose death she turned to gambling. What’s amazing is the fact that she managed to gamble over $1 billion, with losses amounting to “only $13 million.” Out of that amount around $2 million was wagered on video poker solely.

What’s interesting about Harry Kakavas’ case is not that his total losses amount to $20.5 million, which is deservedly on the list of biggest gambling losses, but the fact that it’s only so much, considering he spent more than $1.43 billion in total while gambling. His longest losing streak was the two-year period at Melbourne Crown Casino between 2012 and 2013. He even sued the casino on the grounds that they took advantage of his “pathological drive to gamble”. The court dismissed his case when a judge decided that Harry was perfectly capable of making logical decisions. It just goes to demonstrate the importance of casino self-exclusion rules, so be sure to read that article of ours.

Charles Barkley is probably the most famous name on this list. A former NBA All-Star and 1993 MVP player didn’t hide his predilection for gambling. He began gambling while he was still playing in the NBA, starting slowly and eventually reaching losses of around $30 million. His biggest gambling losses were $60,000 on one roulette session and a whopping $2.5 million during a single round of blackjack. Fortunately for him, he learned soon enough the importance of responsible gambling and after a two-year break continued doing it. But only with the money he’s comfortable investing, which is advice every gambler should stick with.

Archie Karas is not only one of the most famous poker players and gamblers of all time but also a guy whose name you’ll find on the list of both the biggest winners and gambling losses ever. He went to Las Vegas in 1992 with $50 in his pocket and turned a $10,000 loan into an unbelievable $40 million bankroll by early 1995. He holds the record for the longest winning streak ever which earned him the nickname “The Run”. But as all things must come to an end, so did his winning streak. And the way it did was just as legendary, as he managed to spend every single dime of it in a timeframe of just three weeks!

And the all-time champion on the list of biggest gambling losses is definitely Terrence Watanabe who gambled more than $825 million with total losses estimated at $127 million. He is the embodiment of what it means to be a “whale “. Unlike Archie Karas, he holds a record for the biggest losing streak ever. This is not surprising considering some of his sessions lasted over 24hrs with stakes going up to $50,000 per hand, of which some led to losses of at least $5 million per day. He was also allowed the outrageous betting limit of $17 million by Caesar’s Palace and Rio Casinos in Las Vegas, and eventually succeed in covering all his debt except for the $15 million today he still owes to Caesar’s Palace. If nothing else his story will forever be inscribed in casino history.

If there is one thing one should learn from these stories of the biggest gambling losses it is that one should always view gambling primarily as a source of entertainment, and always play it responsibly. Our instant withdrawal casino is proud of operating in one of the safest online environments, and you can always contact our customer support service 24/7 if you ever find yourself in need of a cooling period. If that’s not the case, you can continue playing some of your favorite casino games and we’ll continue providing the best bet-safe casino experience for all our loyal players. Best of luck! 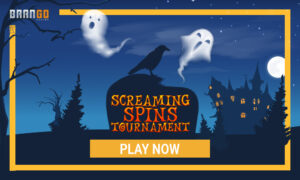