The spookiest holiday of the year is slowly approaching, and all of us are in search of ways to properly mark the occasion. Maybe you’re already coming up with ideas for scary pranks to pull out on your friends and family. Or enjoying some of our best horror-inspired slots, there’s certainly no lack of creative ideas. But few things can match the comfort of cozying up in front of your TV, grabbing a bowl of popcorn, and playing some of the best Halloween movies. That’s why we came up with this list to help you settle in the mood.

Whether it’s a book, movie, or your favorite slot, you can never go wrong with the classics. And one should look no further than Dracula (1931) if you’re down for some old-fashioned scary Halloween movies type of fun. Based on Bram Stoker’s classic novel of the same name and starring Bela Lugosi as the protagonist, this movie set the standard for all the next takes on Dracula. The aesthetics he introduced for the role also serve as the inspiration for two of our popular slots: the classic Count Spectacular and the brand-new Count Cashtacular slot. So, if this movie clicks with you, you’ll most certainly enjoy playing both of them. 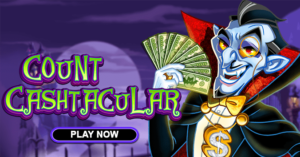 Brian De Palma’s Carrie (1976) might not be set on Halloween but the vibes it oozes definitely are. This alone is enough to put it on the list of the best Halloween movies. The movie is an adaption of one of Steven King’s best-known novels, which tells a story of a bullied telekinetic teen on a path of revenge for all those who have done her wrong. It also has one of the most iconic prom scenes that’s sure to send shivers down your spine. But be cautious, it’s not for those squeamish at the sight of blood.

The Shining (1980) is another adaption of Steven King’s stories that’s not only one of the scariest Halloween movies but one of the best movies of all time too. It’s a variation on the archetypical haunted house trope, where we track Jack Nicholson’s character’s slow descent into madness. Filled with cursed twins, spooky ghosts, and psychic visions it’s a perfect movie to put you in a Halloween mood. And the film’s punchline about all work and no play making you a dull boy is a good reminder not to let everyday stresses get the worst out of you.

Speaking of everyday stresses, is there a better way to relax than to watch a truly hilarious comedy movie? And who said you cannot have a comedy on a list of best Halloween movies? Ghostbusters (1984) is a perfect example of how you can combine elements of action, adventure, horror, and fantasy and still end up with a timeless Halloween classic. As if Bill Murray leading a team of parapsychology educators that start their ghostbusting business isn’t enough of a synopsis to immediately get you on a hook. The movie also features one of the best soundtracks ever produced with the main theme played at every proper Halloween party.

And what better way to finish this list of best Halloween movies than with the aptly named Halloween (1978)? This movie launched the careers of John Carpenter and Jamie Lee Curtis, turning into an instant classic the second it hit the theaters. The story of Michael Myers who escapes from a psychiatric hospital on the eve of the holiday to terrorize his hometown neighbors is one of the most impactful movies ever made. The now legendary William Shatner mask has become the stuff of legend, with the “final girl” trope and “slasher movie” forever entering the horror lexicon due to it. Knowing all of this, it comes as no surprise that the franchise is still active almost half a century later. 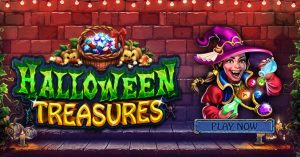 If you liked this list of the best Halloween movies we chose and enjoy anything Halloween-related, you’re in the right place! Because our $30k prize pool Screaming Spins Tournament lasts until Halloween night, where you still have the chance to grab the top award of $5,000! Our no max cashout/low wagering deals will certainly help you on the way, so go ahead and grab them while you can! Spooky salute!