Rookie Mistakes to Avoid During Your First Time at a Casino

There’s rarely a thing on the list of firsts that’s nearly enjoyable as your first time at a casino. But as with all other firsts, it can prove a little bit overwhelming if you allow it so. Feeling nervous or getting carried away is a perfectly normal thing but making rookie mistakes due to them is perfectly avoidable too. Here’s what you should pay attention to if you want to make your first visit to a casino truly an experience to remember.

The most common out of all rookie mistakes you can make is to enter the casino without a slight idea of how anything works. No one expects you to become a blackjack or any other game savant overnight, but the least you can do is familiarize yourself with the basic rules of the games you intend to play. Luckily, there’s an easy way to do it that doesn’t involve browsing Wikipedia how-to-play tutorials. Most online casinos offer free demo versions of casino games, so you can learn by practicing, and more importantly, without putting your bankroll at risk.

Not Setting a Bankroll

Speaking of putting your bankroll at risk, it’s both the biggest and most dangerous among all rookie mistakes you can make. While nothing can quite match the thrill of going all in at a particularly exciting game of poker, or putting all your money on your favorite color during a roulette session, you’d still want your first time to last a little bit more than a couple of minutes, wouldn’t you? There’s an easy solution to this too, and that’s setting a limit on how much you want to wager on every single hand you play and sticking to it.

Like all life events that involve groups of people interacting with each other and sharing the same interests, casinos are no exception to implementing certain codes of conduct. They’re mostly about common courtesy towards the casino staff and other players, minding the smoking policy, avoiding distraction by putting away your phone, celebrating your wins with respect and your losses with dignity, and generally being a decent human being. It’s also worth noting that tipping the dealer is considered a sign of well-mannered behavior, but by no means does this imply you’re obliged to do it.

Going Easy on the Drinks

This one nicely adds on the previous one. Nothing speaks more of common rookie mistakes than stepping into the casino and heading straight to the bar. While it’s certainly true that many casinos offer complimentary drinks to players who are gambling, don’t mistake it for a coincidence. Not only will the drinks inhibit your capacity of making rational decisions they will also make you more inclined to waste away your remaining bankroll and disregard every bit of etiquecy still left in you. That’s not to say you should miss out on the fun, just be sure to take them in moderation.

As far as this rookie mistake is concerned, it’s best described with an anecdote of mother who doesn’t curse her son for gambling but for chasing losses. It pretty much sums it up quite nicely. Almost every experienced player will tell you to avoid the temptation of chasing your losses. It has to do with something called gambler’s fallacy which states that past outcomes don’t influence the results of future ones. That’s why it’s important to stick to your planned budget and call it a day if you overstep it. You’re in for the fun and winning is the desired side effect, not the other way around.

Don’t Forget to Have Fun

While we’re about fun, it’s important not to let these rookie mistakes distract you from having as much of it as you can. Brango’s instant withdrawal casino is the place to be if that’s what you’re out to get and playing any of our numerous available games is sure to deliver it to you too! And a great way to do it while also taking a chance to earn some extra cash is to join our August $20k prize pool tournament, so go ahead and give it a try! 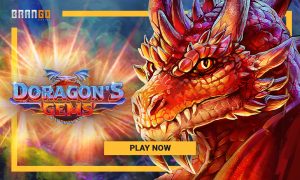