The most popular and exciting card game that can bring a lot of money to the ones who gamble for high stakes is poker. Stories of professional poker players can be very inspiring, and we decided to dedicate this post to all our poker admirers. Here’s the list of world’s best poker players. Enjoy!

We are starting this story with The Grandfather of Poker. Johnny Moss was one of the people who have won the World Series of Poker three times. During his career, he won $834,422 in WSOP tournament play. Born in early 1900s, he is considered as the best poker player in his generation.

Moving on to the next poker legend. Erik Seidel also known as Sly first appeared in 1998 winning WSOP. He did it 9 times until now. Erik is the winner of many tournaments and a lot of money in playing poker. He has also been a member of Poker Hall of Fame from 2010. As of January 2019, his total live tournament winnings exceed $34,600,000. In 2016, he was ranked #28 on the Global Poker Index.

Let us present you Tiger Woods of poker. This man started playing poker when he was 18 by reportedly faking his identity so he can get in the casino. They say that he even used another name – Jerome Graham and a fake ID. His name is high on a list of male poker players of all time. In 2000, he won his first-ever professional player bracelet beating some of the best players in that time. Ivey earned about $35 million dollars at the tournaments and currently has a fortune of $125 million.

Expanding the selection of the best poker players of all time with another big name. Known as “Poker Brat” for his temperament at the table, Hellmuth is the all-time World Series of Poker bracelet leader with 16 of them. He won over $24 million and became one of the youngest World Series champions at the age of 24.

Finishing this list with style, with one of the greatest of all time. This Canadian, called “Kid Poker” is also known as an ambassador of poker game. Awarded with 6 WSOP bracelets and 2 World Poker Tour, he earned over $39,000,000. Daniel Negreanu ranks as 3rd best poker player ever and has made more than $33 million from poker games and he has not rested yet. He is still growing strong in the game and getting better at his games.

Not only are more women playing poker, but they are also winning some of the best male players. Our casino decided to mention some of the female outstanding players who are passionate about poker. We think we need to put equal focus on our ladies of poker and keep them in the spotlight.

It is safe to say that the poker is not only men’s game anymore and to encourage our female readers to join our instant withdrawal Casino Brango and to play some interesting games. Until next time. Good luck! 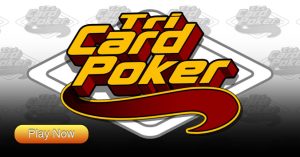