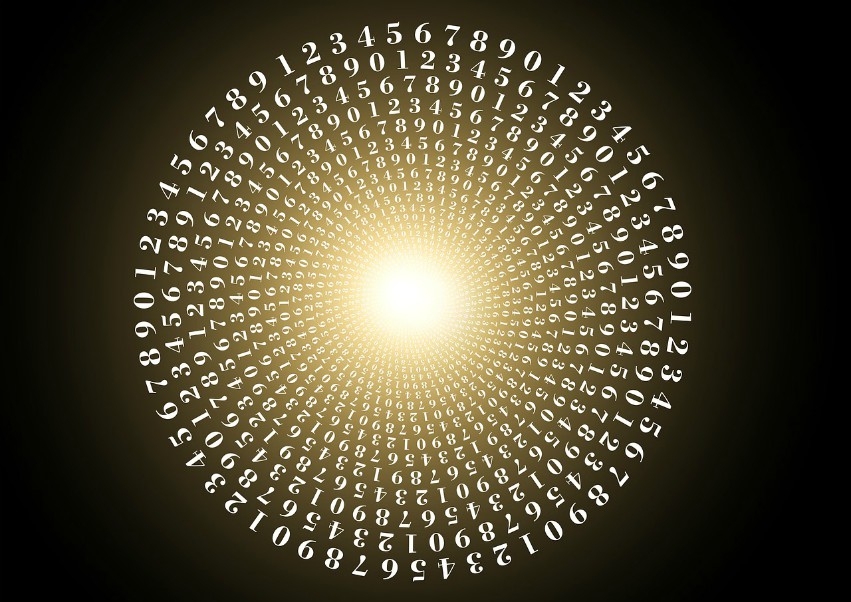 Magical number 7 is omnipresent. The fact is that people rarely take notice of things and signs surrounding them. However, the world we live in is deeply connected with the meaning of numbers. Moreover, we could say that numbers are embedded in the foundation of our world. In this post we will not tackle the mathematical meaning of the number 7, but the metaphysical one.

The symbolism of Magical Number 7

Number 7 usually symbolizes higher wisdom. Hence, a connection with the universe. Many believe that the meaning of number 7 originates from the biblical interpretation. Nevertheless, symbolism of number 7 expands much wider.

God created the world in 6 days and rested on the 7th day. Therefore, number 7 usually relates to spirituality, the higher dimensions. In a wider sense, number 7 is a “token of mind over matter.”  As such, it strives for perfection.

Almost every ancient civilization had its own interpretation of number 7. These interpretations vary slightly. It means that there are some universally accepted meanings of number 7. How is that possible? We are talking about people living in very distant places with no acknowledgement of the other. Apparently, the meaning of number 7 imposed itself on people as a logical conclusion of observations of the world that surrounded them.

In ancient Greece, the cleverest men in a society were called “The Sages”. According to Plato, the sages achieved the wisdom through time. That is why, a man could not be declared “a sage” before he turned 50. At that age, a sage becomes an adviser.

It is interesting to know that according to Plato, there have been Seven Sages. Namely, Thales of Miletus, Pittacus of Mytilene, Bias of Priene, Solon, Cleobulus of Lindus, Myson of Chen, Chilon of Sparta.  These seven wise men marked the new direction in thinking about the world we live in. What they introduced was the critical thinking, the need to reconsider the widely accepted beliefs and ideas. Basically, they laid the foundation to the concept that we still value highly: critical thinking. To put it even more simply – we are in need of critical minds today.

Therefore, we have 7 sages promoting the change in the way we think, striving for the ultimate goal. That goal was to dispel the illusions, to return our derailed thinking to the right path, to see the big picture and hence – achieve at least some wisdom.

Magical Number 7 in Ancient Rome and Beyond

The Romans also had the Seven Hills of Rome: Aventine Hill, Caelian Hill, Capitoline Hill, Esquiline Hill, Palatine Hill, Quirinal Hill, Viminal Hill. These seven hills were the heart of Rome. In reality, Rome was formed when the people in settlements on these hills decided to expand and unite.

Chinese consider the 7th month in a year to be the “Ghost Month”. This is the time when the ghosts from hell roam among the living who forgot to pay their respects to those ghosts. The legend about the “Ghost Month” calls for awakening and realization how bonds should be created. Interestingly, the 7th day of the 7th month in China is the equivalent to Valentine’s Day in the West.

In Judaism, the Menorah features seven branches of Candelabrum.  Also, there are seven days of Sukkot, which is a reminder of the days spent in a desert after escaping from the Egyptian slavery.

It is the 21st century and we still consider number 7 to hold a certain symbolic power. The 7 still symbolizes the wisdom, the truth which is often hidden behind the seven veils. Its meaning strives for the underlying ideas. Additionally, it calls for people to dig in deeper and put some effort in order for the truth to reveal itself to them.   The magic of number 7 appears to be in a fact that it forces us to confront the illusions and attain the true wisdom.